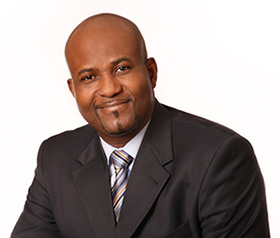 Pastor Hayford Addokwei is founder of Hayford Addokwei Ministries International (HAMINS® Int.) and head pastor of the Liberty Central Gospel Church (LCGC®). Saturated with a vision embedded within the passion for Christ and His Kingdom, pastor Addokwei is committed to serving the Body of Christ by bringing the good news to His people where and whenever he´s led to.

As a Ghanaian born German citizen, having spent his early years together with his family in the capital, Accra, and having completed his basic education there, Hayford pursued a five year Automobile Engineering Training programme at the then Ho Polytechnic Institute, now Ho Technical University, Ghana, from 1980 to 1985.

Preparation for his call

Carrying the call of God upon his life, he enrolled in the UPC Theological Seminary in Accra. While undergoing a multi-phase preparation for his call, together with some friends, Pastor Addokwei launched a prison and hospital ministration in the capital. In the early 1980s the Lord unveiled to him a further plan He has for him overseas. Pastor Hayford had little idea of the dimension of what was to transpire in order to bring about the fulfillment of this Divine vision.

In the process of unfolding His plan, the Lord brought Pastor Addokwei to Germany in 1989, where he served in various local churches and fellowships. In addition, he witnessed live the tumbling down of the Berlin wall and shared in the subsequent historic moments of that great nation as they unfolded in his sight. He literally saw the crumbling down of the old system and its entire ramifications, and the erection or rather the ushering in of the new. A momentous event indeed and highly prophetic! 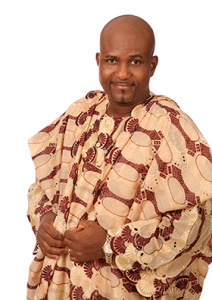 In the first week of January 1997, while in the Anaheim Conference Hall, California, the Lord spoke a very clear word to him. He said: “Son, when you return back to Germany, start the work for which I sent you there…” When he arrived back in Germany, Pastor Addokwei began looking for a meeting place to start the church, having only his wife Theresia and his then 3-year-old daughter as members. On Monday, February 17th, 1997, Hayford finally found and rented a place on hourly basis. Four days after he had signed the contract, on Friday, February 21st, 1997, the Liberty Central Gospel Church (LCGC®) was born with the first attendance of only eight people. Since then, pastor Addokwei has focused on developing a solid foundation for a healthy and dynamic church with a great vision to be fulfilled.

Pastor Addokwei is married to Theresia, a native of Bavaria and they have two children. Since February 1997, they have taken on this huge task of the “great” Commission and been fulfilling the mission where and when the Lord leads them. With Theresia, an active member and a translator for the “multi-ethnic, multi-cultural, blingual and diverse” church on his side they are going strong in reaching the people of Germany, discipling the saints and imparting many lives.

This website uses cookies to improve your experience while you navigate through the website. Out of these cookies, the cookies that are categorized as necessary are stored on your browser as they are essential for the working of basic functionalities of the website. We also use third-party cookies that help us analyze and understand how you use this website. These cookies will be stored in your browser only with your consent. You also have the option to opt-out of these cookies. But opting out of some of these cookies may have an effect on your browsing experience.
Necessary Always Enabled
Necessary cookies are absolutely essential for the website to function properly. This category only includes cookies that ensures basic functionalities and security features of the website. These cookies do not store any personal information.
Non-necessary
Any cookies that may not be particularly necessary for the website to function and is used specifically to collect user personal data via analytics, ads, other embedded contents are termed as non-necessary cookies. It is mandatory to procure user consent prior to running these cookies on your website.
SAVE & ACCEPT
0